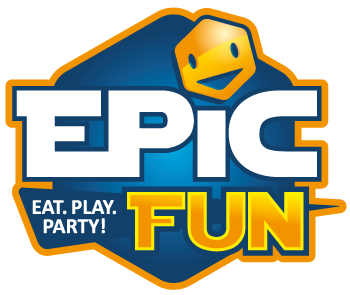 Laser tag is a strategic & innovative game that encourages you to work as a team and strategize in order to win. It’s a great game to play with friends, family members, or co-workers. The best thing about laser tag is that players can be as imaginative or as simple in their game play. Imaginative players can create personas, build worlds, and add challenges or bonuses to their gameplay while younger audiences or traditionalists can simply enter the arena with the aim to win.

While msot people are probably familiar with the premise and rate of play for laser tag, there are some surprising facts aboout laser tag that you might not know. Here are a few of our favorites:

Laser tag was initially introduced as a game of Star Trek phaser in 1979. However, after a little while people started to adapt the play experience to their own imaginings. Adapting the game of laser tag away from the Star Trek brand brought the game to new audiences. While the game was originally contrived in the 70s, the 80s brought on a new wave of love for lasers. Lazer brand toys became a staple on every kid's wishlist and the game became only more popular, as arcades took the teen scene by storm. In the 90s, laser tag became more futuristic, modeled after films like the Matrix and events like the impending Millenium. The tech inspirations didn't stop there, as laser tag has become a fully innovative and responsive experience.

There are more than 20 different variations of laser tag

Even is laser tag is a simple game, it does have a multitude of variations and random elements and features. This is great because it encourages teamwork and it also eliminates situations where players can cheat to win. You are unlikely to experience the same exact round of laser tag twice - this is a game that's full of surprises. For players who want to adapt their game play, there are versions like VIP mode where teams must work together to protect the designated VIP player and RPG-style games where players take on characters who each have a different role within the team. The Epic Fun laser tag experience is also unique every time you visit - we put a lot of innovation into our equipment and our arena to make it immersive and exploratory.

Did you know that there are global laser tag tournaments and an ultimate Championship series? Beginning in 2003, the Zone Worlds Laser Tag Championships has been the premier and penultimate review of laser tag performance worldwide. If you want to compete to be the best laser tag player in the world, there are tournaments in every country. You're welcome to come in for a round of practice at Epic any time.

There are no lasers in laser tag

At least, not really. To make laser tag 100% safe for adults and kids, laser tag games use infrared technology with sensors as opposed to actual laser beams. If lasers were used, they could be hazardous to eyesight and could even burn our skin. We'll stick to our phasers that wouldn't hurt a fly. They look just as cool without the danger. Laser tag gets its name, however, from the laser stun guns and photon shooters used in Star Trek and other space-age movies and shows. This is all part of the inspiration for our laser tag arena, Quarantine Planet, which is reminiscent of Avatar and other alien worlds.

Even if laser tag is mostly used for entertainment purposes nowadays, the fun and casual game mechanisms were also used, upon their advent, for soldier training. In fact, in the late 70s, the military used laser tag for combat training and target practice. Soldiers used this to practice the way they would tackle various combat situations, how to aim and make contact with an opponent, and how to dodge or conceal their bodies when under fire. Laser tag's cousin - paintball - is still used in some military training academy programming for the same purpose, but laser tag is less often utilized.

Epic Fun strives to deliver some of the best and most exciting activities for families and adults. Now the venue has its own laser tag experience. Our laser tag arena is space themed, it measures more than 3900 square feet, and it’s one of the latest to open in Texas. What makes Quarantine Planet great is that you have lots of hiding space, and you can easily strategize your next move, hide from your opponents, and explore uncharted territory.

On top of that, the venue has 24 vests packed with LED lights, so you can easily figure out when the game starts and whether you got hit or not, all thanks to the 6 sensors found on each vest. Plus, the Epic Fun laser tag experience is extraordinary for kids and adults alike. Everyone is welcomed to enjoy a great game of laser tag, so come by and check out the ultimate laser tag experience at Epic Fun today!